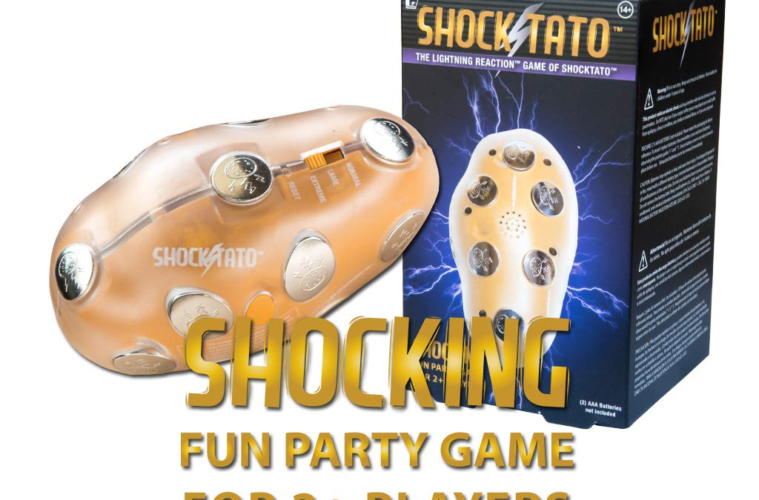 Shocktato is an awesome party game. It is a take on the classic Hot Potato. One that requires players to put a little more, uh, skin in the game.

To play a standard round of Shocktato, grab one or more friends, press the Start button, and begin passing the Idaho-sized russet back and forth or ’round and ’round as it plays festive music. Festive…and telling. If you’re the poor SOB stuck with the Shocktato when the music stops, BZZZZZ! Enjoy a few volts of electricity. Maybe it will wake you up. Teach you not to be on the losing end of the tuber next time.

If you’ve got kiddos or lame-os playing Shocktato with you, there’s also a Lame mode to the game that plays the music with no shock at the end. It this is something you crave it can be yours for $29.99.