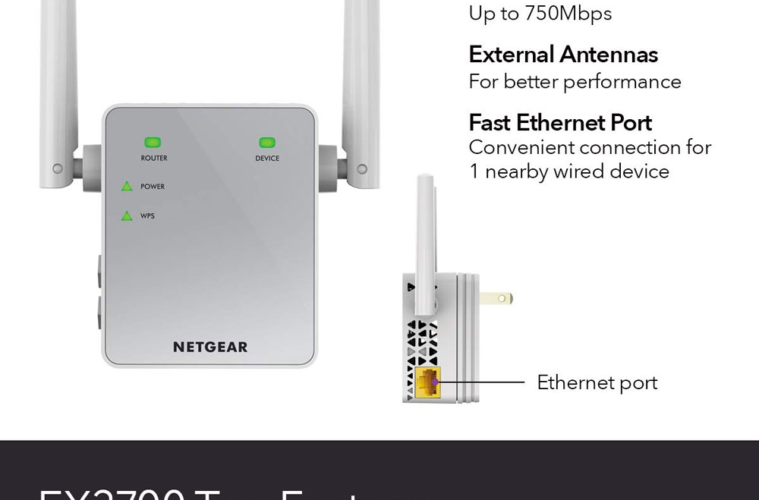 Need WiFi on the other side of the house? Do you have dead spots for the internet? Then you need the Netgear EX3700! I have this (I paid for it – I am not paid to promote this product) Wifi extender. I actually have 2. One to extend the WiFi and the other to be router for an older computer.

The Netgear EX3700 WiFi range extender can boost and connect up to 15 devices, including laptops, smartphones, speakers, cameras, tables, and IoT devices. It has universal compatibility with any wireless router, gateway, or cable modem, though may run into problems with routers / gateways with altered firmware, that are based on open source programs, or are outdated. Ahem, Grandpa giving daily wake-up bop!s to your Linksys WRT54GL.

The range extender has a small and not-bad-looking profile, plugging into any standard outlet. It also comes with a single wired 10/100M ethernet port for plugging in game consoles, streaming players, or other wired devices you want to give access to maximum speed. Netgear says WiFi range extender setup takes about 5 minutes.